This Tear in the Fabric of the Universe 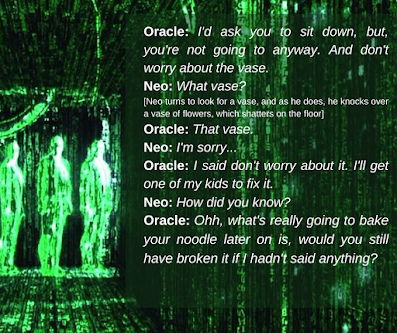 I look around and I see all my known acquaintances busy as an ant. I think they live in a different dimension. I think I am plugged into the wrong nodes of the universe.

The blind beggar woman who lived in Bolaram Bazaar is probably dead. It was only the other day that I picked her up from the middle of the road and gave her some water. There were so many people around her. No one came. I asked a bystander who was cuddling his dog what had happened? She just fell down, she is probably dead, he said.

I was on my morning walk that day, and on the way to the park I had seen the woman begging into thin air. On my return, as if by some invisible force, I was driven to the bazaar road. Like all the educated crowd, I absolutely stay away from busy places for the fear of catching the Virus (Covid19). But it was almost as if I knew that something had happened to her. And there she was, lying bang in the middle of the road, with scores of people simply looking at her still body. As if it were a snake, dead but alive in our fears and our instincts. When I poured the little water that I carried in my small flask on her still face, she came alive with a shake and started reaching out in all directions to get a hold of my hand. I gave her my hand and she clenched on to it tightly, and started asking for more water.I asked for some more water from one of the houses from where I saw people observing me. They left a bottle of water at the gate, and I collected it and poured some more water into the beggar woman's bowl.
I moved her on to the side of the road and asked a known shopkeeper to feed her. And I left her there. I reached home and washed my hand with disinfectants and soap and took a long bath. I looked at the overhead shower, and running water, and smelt the fragrant pears soap, and started to cry in the shower.
I prepared my breakfast and as I set it on the table, the cold watermelon and a warm cup of milk won't go down easily. I felt as if I would choke on the watermelon, and die.
And then I remembered the little child, butt naked, following her father on the road, in the sweltering heat of an unforgiving city in lockdown. She would probably survive another hour. And then die of dehydration. Or maybe she will survive a couple of days, and die of hunger or probably she will survive a week, and a truck will run over her. She will die. She will die.
I have not been sleeping well. All my cries for help have always been answered, except now. Now it seems that my village Gods have taken a vacation. It feels like tired of all my demands for food and dignity and love and care, Hanuman Ji has moved back to the mountains.
This level of agony was supposed to be hidden. Hidden behind the veneer of the prosperity of our cities and the noise of our Benzes and Audis. I wonder who tore what bit of the fabric of this charade and out came tumbling the horror of indignity and suffering of our poor from the sewers of our existence!
Such horror!

Popular posts from this blog

That Fluttering of Broken Wings

June 13, 2014
If you were to cross the road and hurt your toe, I know that I will never know. As we go on to take different roads and move on across different shores, there is something that happens to our relationships. Something that estranges, disconnects, disintegrates. I know that you still think of me. I know this because I find myself thinking about you. And thoughts rarely get seeded on their own. It comes from you to I and from I to you until one of us is alive. Old relationships rarely die. Like broken winged moths, they hang around dark alleys of forgotten memory lanes. Ever so often, I can hear one of them flutter its wings. Not too close but never too far.
10 comments
Read more