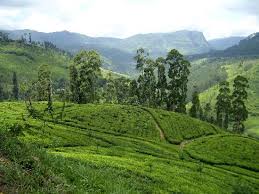 I started blogging in 2004 on rediff. I exited because by 2006 or so there were more of aphrodisiac promos than serious blogs on rediff. Lately, they have revamped the looks, but the content remains just as cluttered and stupid. I am pasting below one of my very first blogs in as is where is condition. Much has changed in the years that have passed, my job, the place I live and most of my life; but Sebastine remains my favorite :)


This is my first week into the blog world. Three days since I first posted my poems of love and longing, I have now decided to put up some characters I come across in my life and who are radically different from others .


I am a plantation executive and thus unlike others of my ilk, my lot is piled with the bluest or the blue collared workmen. Six estates and six years down the line this job and the interent has together finished off all poetry in me. Consistent onslaught from a highly unionized workforce who knows their rights and conveniently forgets their duties have thoroughly grated into the softness that lies within a poet. Plantations has turned me into a prickly, sharp edged, irritated bugger. I hope to blog my way back into spiritual health. Let us see.


The people you will meet in here are all true to life and most of them are still very much alive and kicking or being kicked at. Let me start with my kaliyar days.


Think about a 6 feet 3 inches giant with no paunch and a extremely tall gait. And then think of him as 38 years old and extremely cunning. This is a story about how Sebastian whom my manager considered as the worst Supervisor on the estate turned out to be the best. This is the story of Sebastian who stopped hiding behind field boundary walls at the sound of a Royal Enfield bike and started to do some real work and continues to do so. This is a true story.

Searching for Sebastian
Sebastian endeea’ I would ask. “Ariyatilla saare” pat came the reply. “Sebaaasteeeaaaannn” I would scream, but as usual no Sebastian would ever appear. The first few weeks at the estate were like nothing I could ever imagine. Sebastian was the supervisor in charge of Field N69 and N70. Field N69 and N70 of the Number two division were a mountaineers delight. And if all is well at the estate I have decided that by the end of the millenium year, I would start practicing bungee jumping in one of its quite corners. But before that I decided to find out Sebastian.


‘Sheela , Supervisor Sebastian Endeeye”, (Sheela,where is supervisor Sebastian.) ‘”Ippol ivide ondarunnallo saaarree, thande angottu poyee”( He was right here a moment ago sir, he has gone that way). The first two weeks I swallowed this bait hook , line and sinker. And I went all through the field, round and round every block , asking every tapper-but as usual no Sebastian would appear and they will all conveniently direct me to the next steep of the hill.


Tired and worn out and sweating like those ugly looking meaty things, I would reach the weighment shed by the weighment time, and there sitting like a lord on his cement bench will be the and the only -Supervisor Sebastian! “Sebastian, for gods sake where were you!”-no answer, only an old Prem Chopra smile. I repeated the question, and still that smile. And a moment before my brown face would turn some impossible combinations in pastel, Sebastian squeaked:” Saare (almost sounding like saale!) sahipinde bhasha ariyattillallo!”(Sir, I do not follow the white man’s tongue.) I let go at that for I knew that he knew what I knew- that he was having a go at me! Next day I waited for Sebastian at the entrance of the field for I wanted to see how he could slip away this time. Every one came but no Sebastian came, and finally when he did come, he muttered what sounded like a good morning saarre and gave a salute that could have passed for a slap had I been closer.
“ Sebastian, come show me around the field and introduce me to the tappers” I said in the vernacular. And then I realized that I had landed at one of the most dangerous places on earth. I had my doubts on the very first day when a senior
introduced me to a few shady looking characters who were referred to as ‘supervisors’, and now all the doubts were coming true. “ This is T.K.Joseph sir, we call him charayam Saju, he has murdered three people and is charged for at least 18 cases of murder and violence.” But Sebastian, he looks so meek.. almost like a lamb- I reiterated. “ Eeiiialla saaarree, his looks are deceptive, only yesterday he chopped the hands off Vannaparam Basheer.” I let it go at  that, I thought that maybe Raju had a special affinity towards chopping hands and heads. The next tapper I was introduced to was Kaduvakandam Suresh. “ Sir, he is the best tapper in this section, he can tap 500 trees at one go. Wonderful Sebastian, I said, give this chap a hundred rupees if he brings more than 35 kilos today.” At the sound of a hundred I could suddenly see Sebastian’s eyes go watery and bright, he gave a slurp-y licking to his lips and promptly pocketed the hundred. Nobody was needed to tell me where or to whom that hundred went.


Walking through the blocks Sebastian taught me tons of new things about the rubber tree. At the end of the week I knew that there was something very very important called “Thunder Pressure” which is most strong during early mornings. As also there are things like “Plucking Index”, “Tapping Density” and a terrible condition called “ Brown Blast.”


Those were my first days at the estate. It was an altogether different experience. For the thousand four hundred or so people who lived upon the estate, life moved at a different pace. Here I was among people to whom life was full of small and important things. When their manager  sported a beard, it was the topic for the week, and when he shaved his beard it was enough news for another week. For them the powers and the weaknesses of Harrisons was manifested in a few ordinary men with extraordinary powers. Supervisor Sebastian was only one of them. And there was a ritual upon the estate, an unsaid, unwritten code of evaluation. Sebastian’s eccentricities and his seeming stubbornness was his way of evaluating the new Assistant Manager.


However, all this seems to have happened so long ago, With the passage in time, things seemed to get corrected by itself. I found in Sebastian one of the most hard working, diplomatic and trustworthy supervisors I was to meet. He is with me as a trusted lieutenant is. And we share a common aspiration on work. We together work for a time when:


Our fields are clean, and free of weeds;
Our trees are healthy, free of wounds;
There is bark to go when the year is done;
And it crops and crops like never before

November 17, 2013
Courtesy:The HINDU Raj? (In mild annoyance) Yes Princess? Its a Sunday baby. Why do you have to answer all the calls on your phone? This is my personal phone babe. I don't have too many people calling on this one. Agreed. But this is the third time you are walking out of the room with your phone. It annoys me. I am sorry Princess. But I will have to take all the calls.  Raj..%#$@@**.(Major Annoyance) ---Silence----- Princess? What?? Do you remember Anju?  That girl who went for a divorce? Yes What about her? Two years ago, on one such Sunday, she had given me a call. I was surprised to see her call, since, we were not really thick.  Hmm.. what happened? Did she want to marry you or what? At first there was a lot of silence on the other side. I thought that her kid had dialed out accidentally. And then I plugged my other ear and said Hello again. I felt as if I could hear a sob, and then a whisper.  I did not disconnect the call. I just told her that I know something is not right. I
9 comments
Read more